is back in Canada... 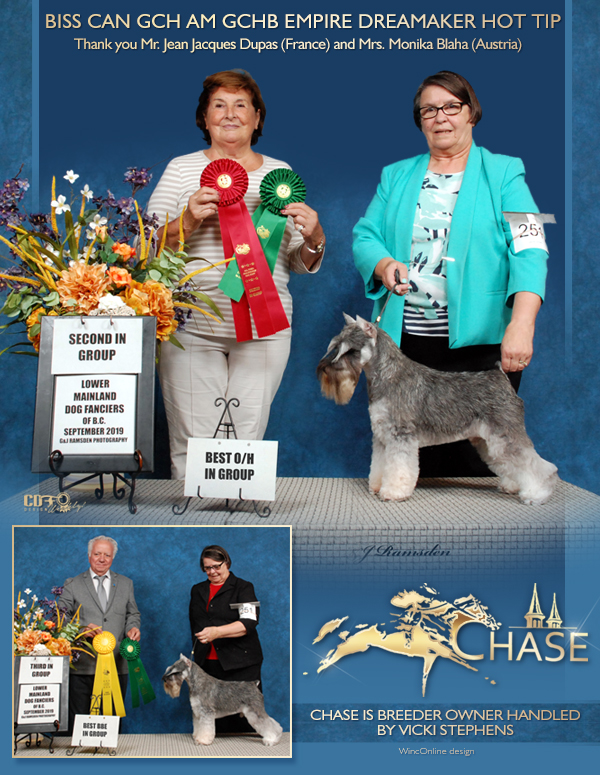 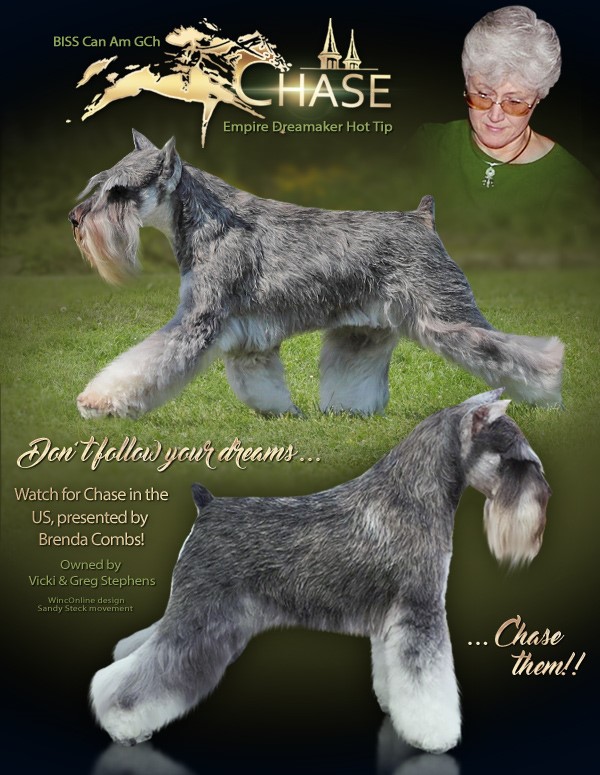 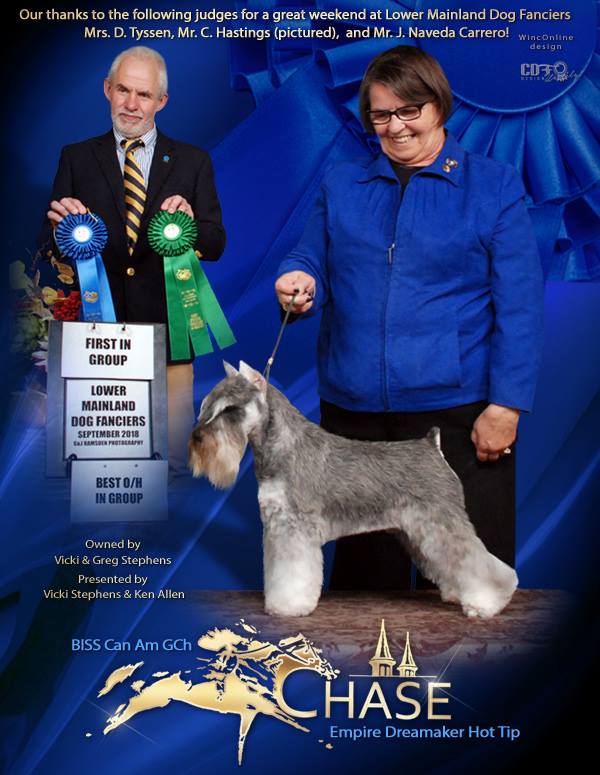 On his way to Best Owner Handled In Show under Judge Mr. J. Carrera (Spain)

Chase earned a Group 2 under Mr. J. Carrera with a Breeder Owner Handled Best In Group
followed by his 2nd Best Owner Handled In Show of the weekend under Mr. C. Hastings
Chase started this wonderful weekend with a Group 4 under Mrs. D. Tyssen (New Zealand)
Our thanks to you!!!! 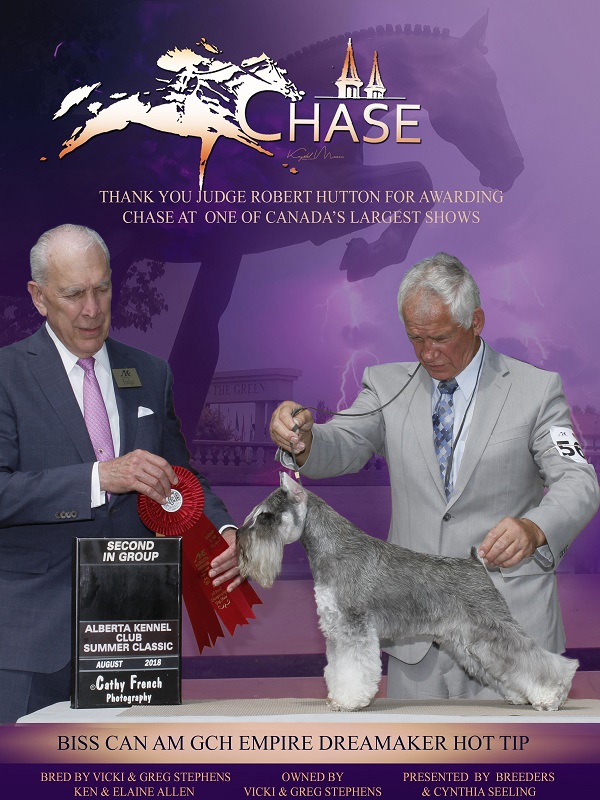 An amazing win at one of Canada's largest outdoor dog shows -

Thanks so much to Judge Robert Hutton!! 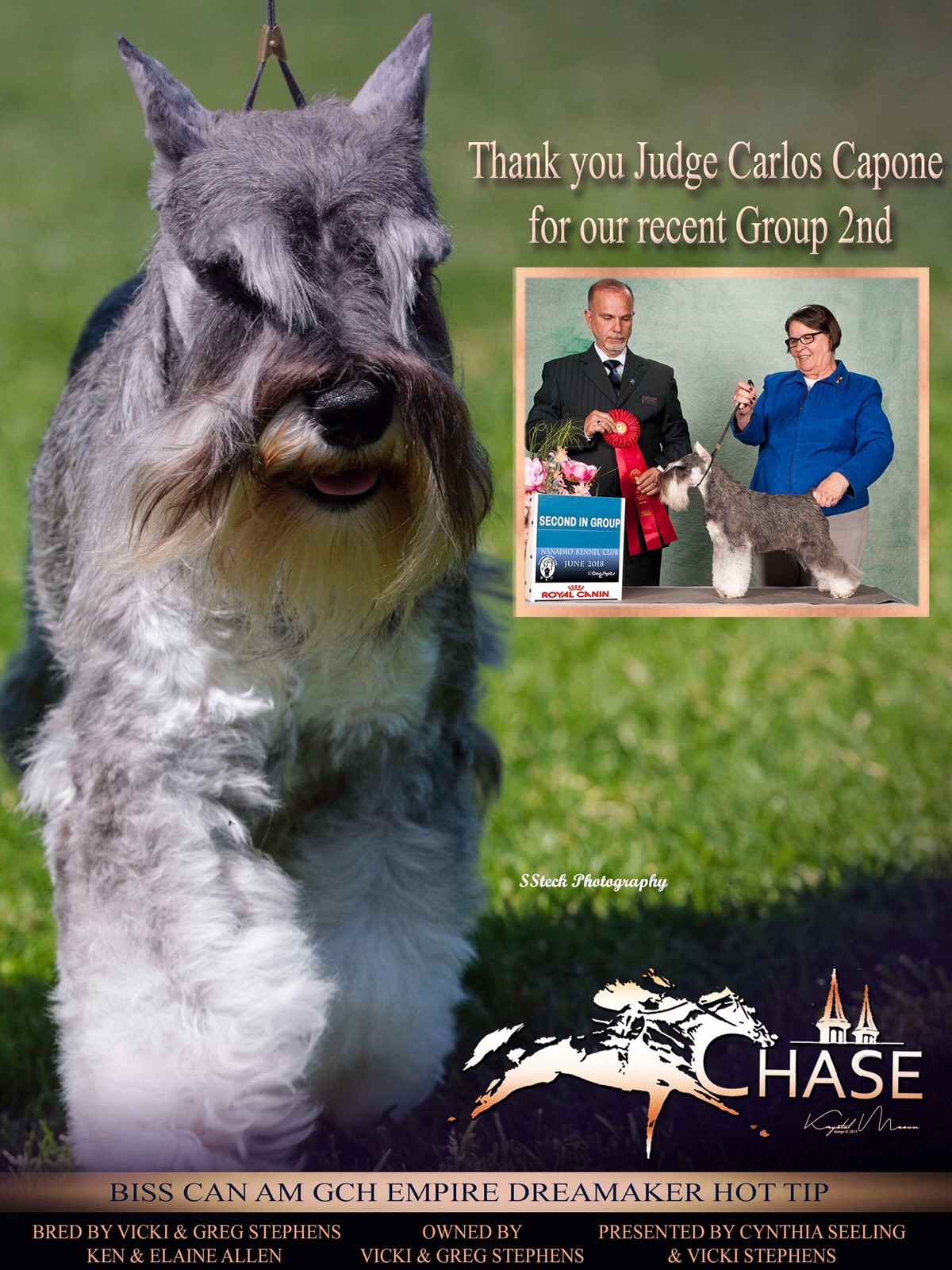 Thank you Judge Carlos Capone
for this lovely Group 2 win in top competition!!
We are honoured that you pointed at Chase! 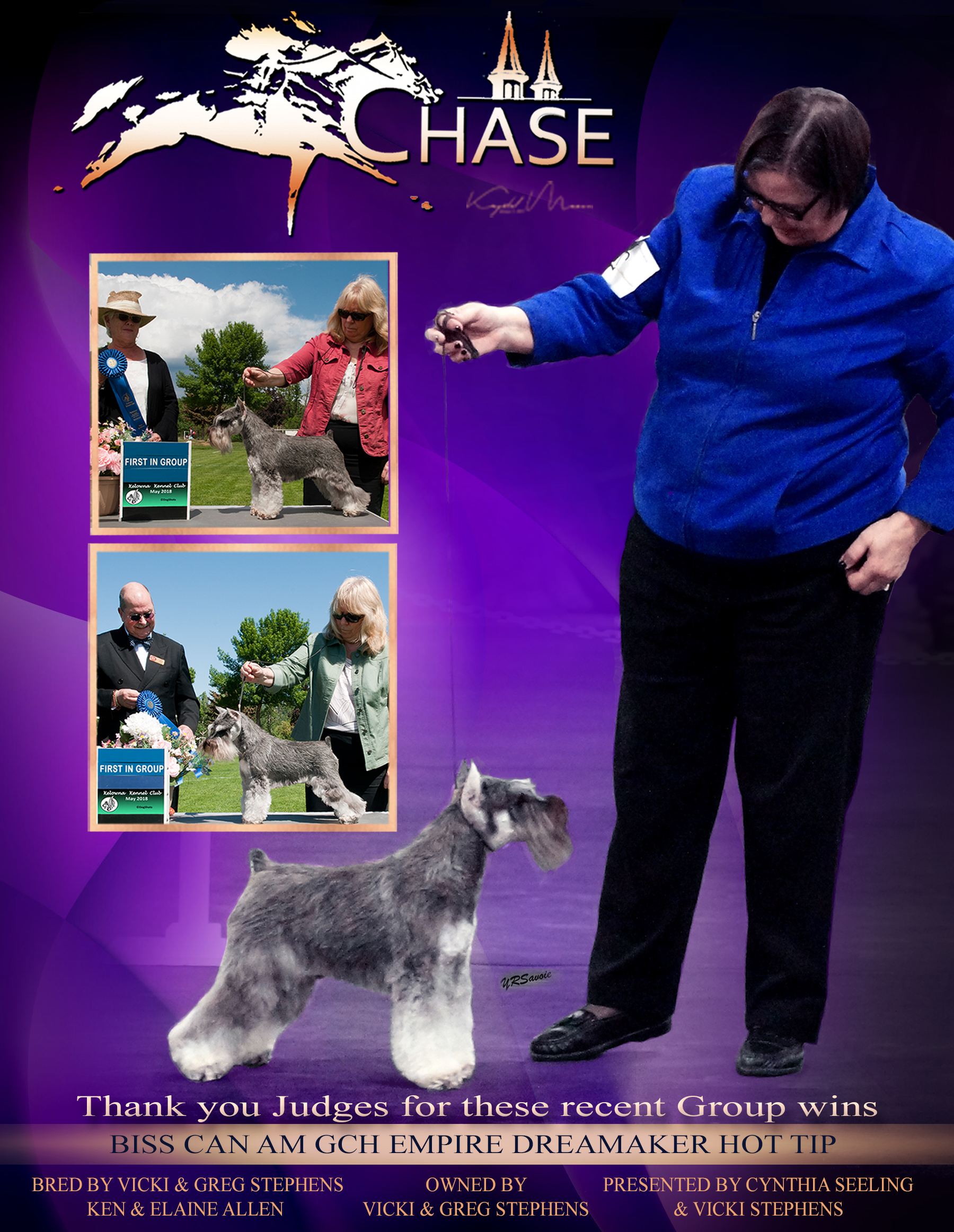 and sometimes Vicki gets to show him too!!

for Chase's two Group Firsts and Dr. Terill Undenberg for a Group 3!! 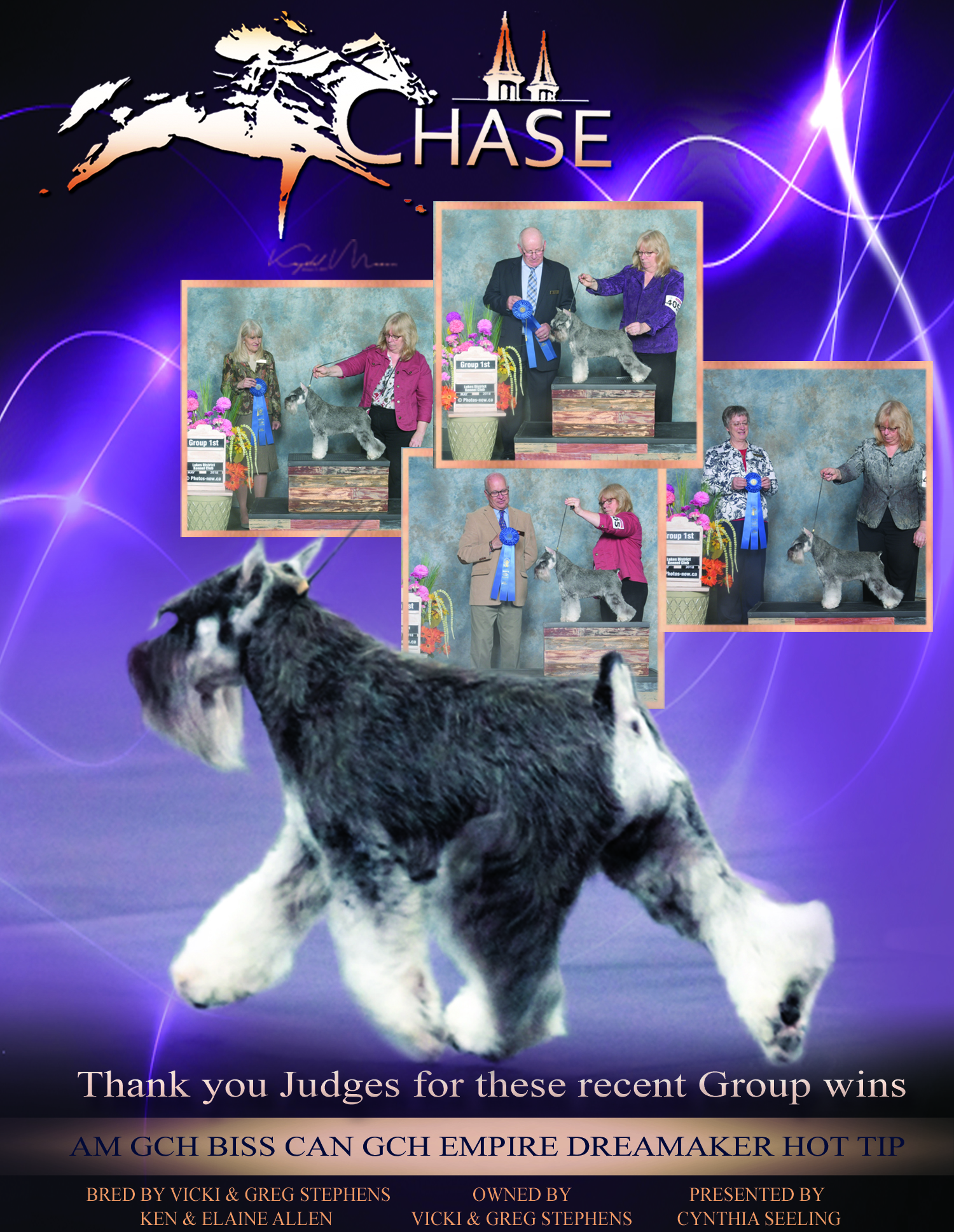 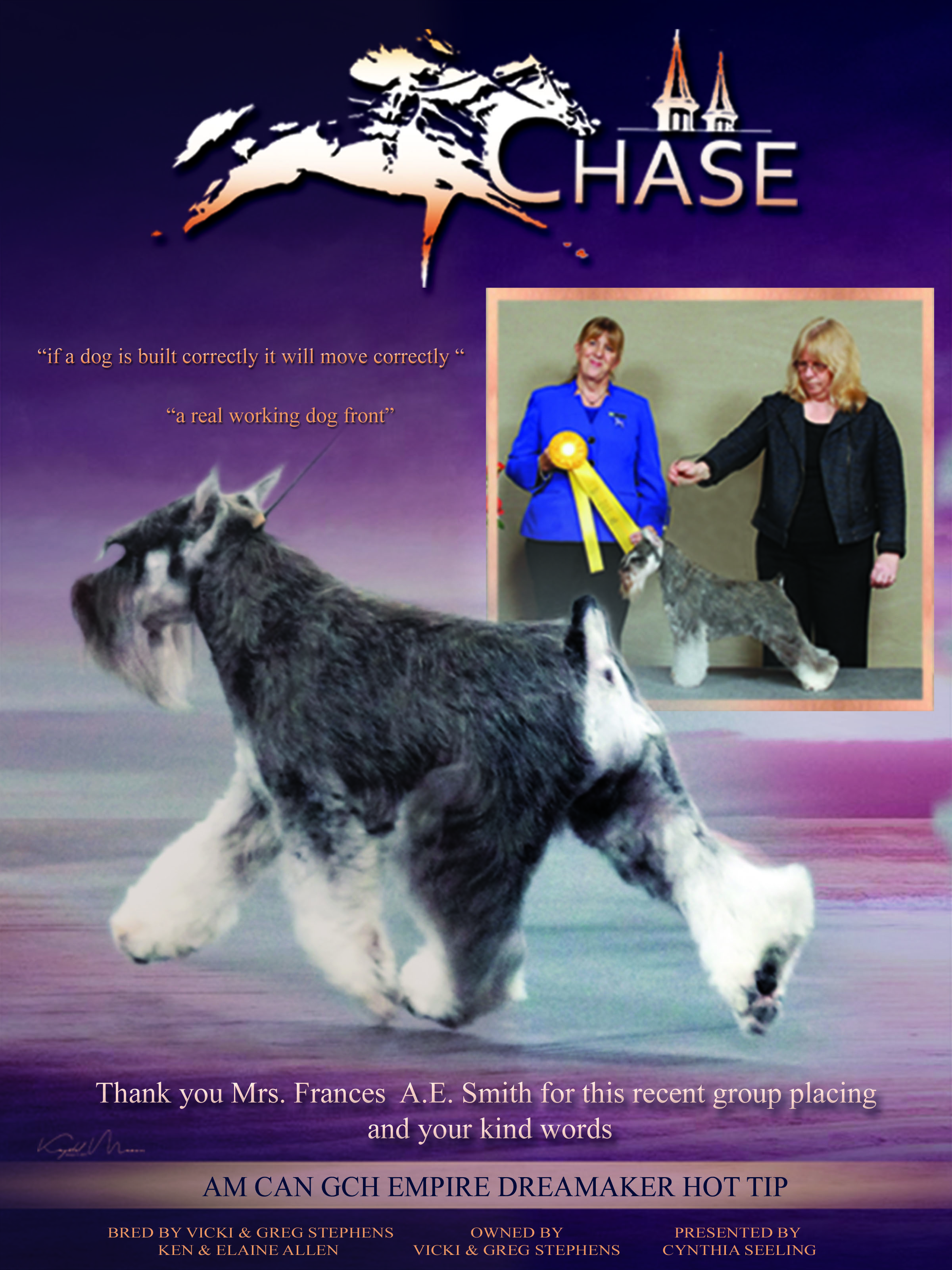 "If a dog is built correctly it will move correctly." 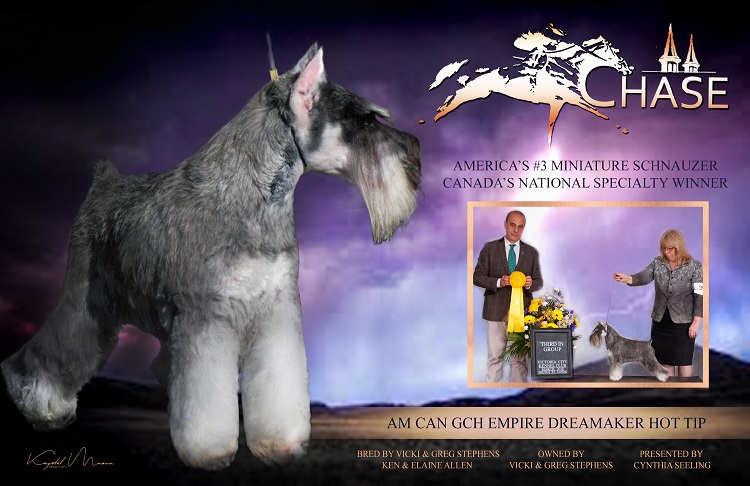 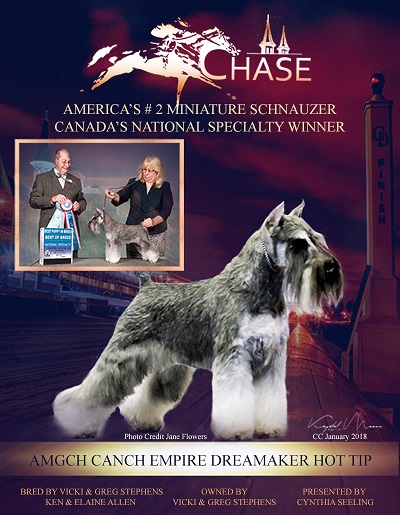 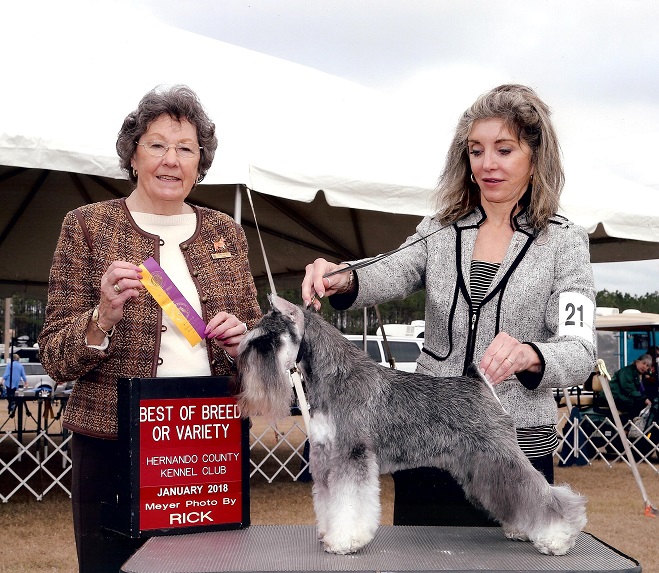 Thank you Donna Hills, Bravo & Daryl Heggie for all that you've done with and for Chase.

Shown six times as a special at the beginning of the Florida circuit, Chase earned 5 Best of Breed wins, all 5 point majors including two at All Terrier Specialties and a Select Dog for a 3 point major.  As a young special in Winter 2017 Chase was shown twice and earned a Group 4 under Breeder/Judge Mr. David Kirkland with no breed competition and was exhibited at the Southern Florida M.S. Club Specialty in mid-December in the toughest of competition.

His first show as a Special in the USA, Group 4 under Breeder/Judge Mr. David Kirkland !!
Our thanks to you!! 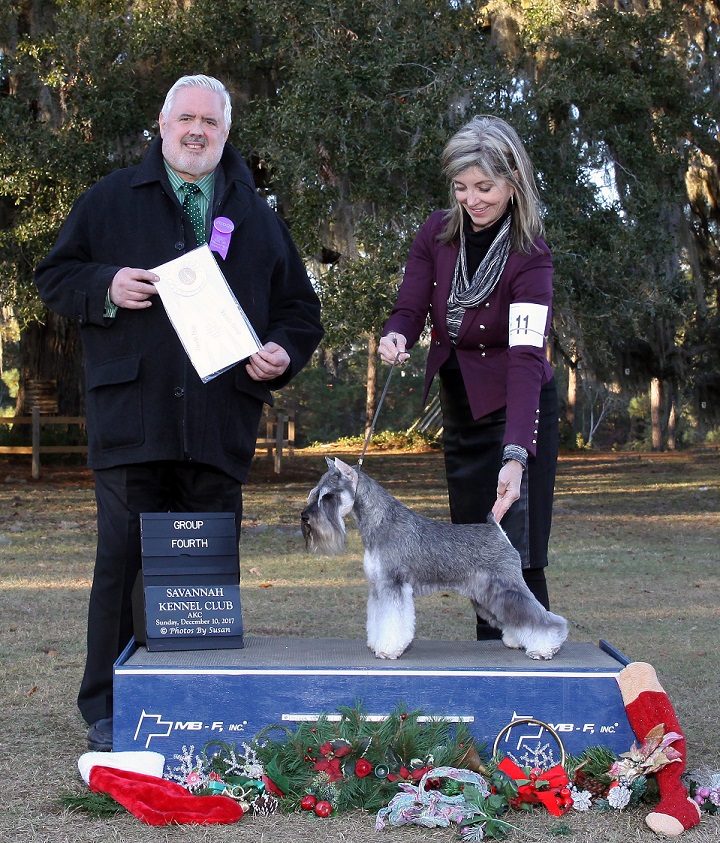 Chase flew to Great Western to meet up with Donna & Daryl and commence his American title campaign in June 2017.

Chase completed his title with 4 consecutive majors in less than 36 hours, 2 of which were 5 point majors.

This WD/BW major win pictured above under Terrier Breeder/Judge Dr. Valeria Rickard at the Carolina Terrier Assn Specialty show was particularly satisfying as Dr. Rickard, a month earlier, found our Heritage Empire High Fallutin’ at the Houston All Terrier Club specialty show awarding her WB/BW/BOS over a special for a major (handled by Vicki).

Thank you so much Dr. Rickard for liking our dogs.

Chase has his first litter of puppies on the ground, (6) 4 males & 2 females 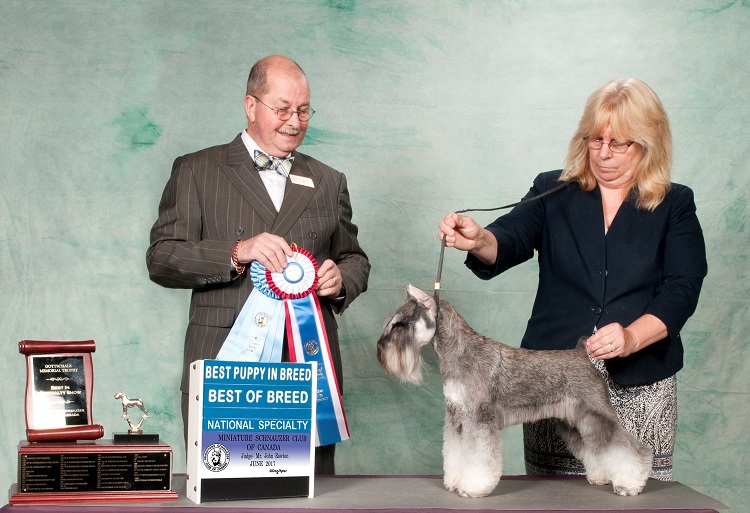 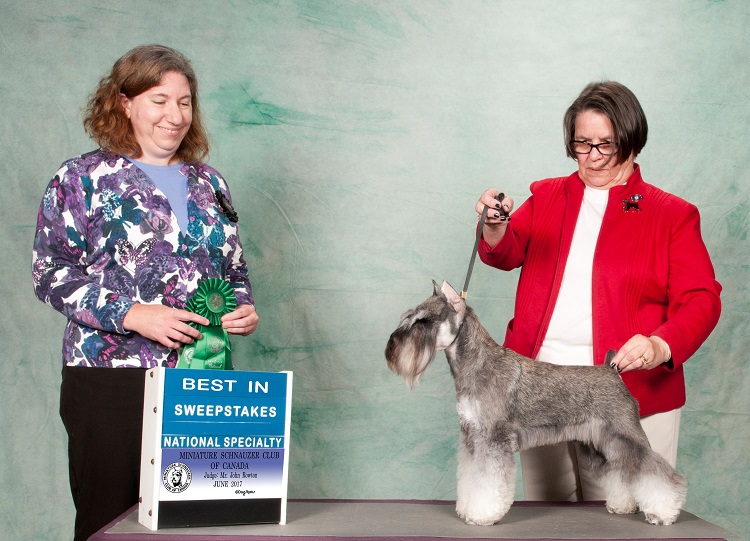 His Canadian puppy career totalled 15 shows.  He completed his Canadian title in 6 straight shows at 8 months of age


Chase will be out with Cynthia & Vicki in 2018!! Chase is proven and is at stud with Vicki Stephens:

Please direct all enquiries to Vicki.